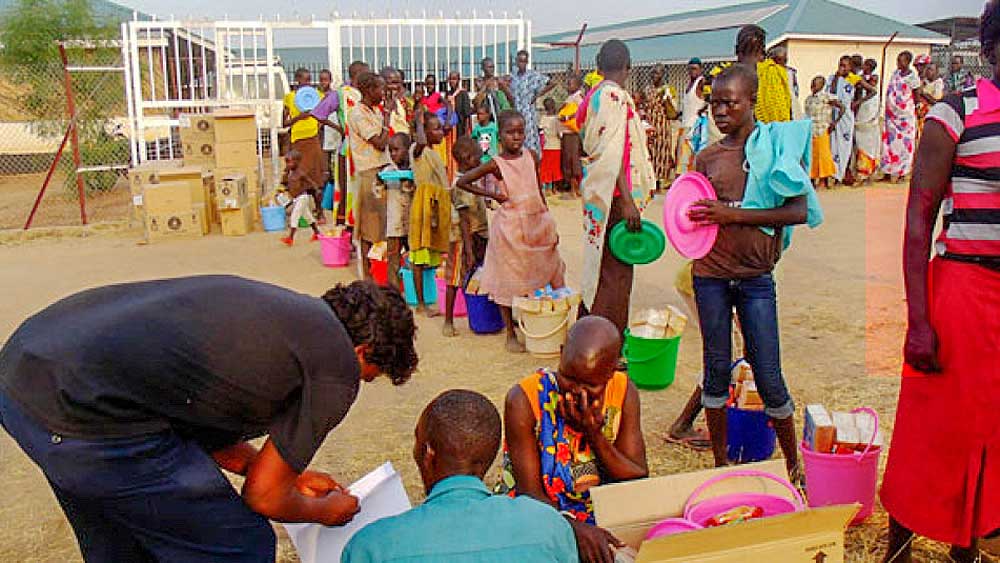 Caring for thousands of people

Taking care of thousands of displaced people, hoping that the truce holds in South Sudan.

(Juba, South Sudan)- A fragile truce has been declared by both sides in the struggle for power in South Sudan, those loyal to President Salva Kiir and those of his deputy and traditional opponent Riek Machar. However, it is not yet time to breathe a sigh of relief. The Salesians from Juba, the capital of the country, send this report: "Our country is plunged back into disorder. There has been heavy shooting for three days. Hundreds of people have been killed and the damage is severe. Many essential goods are lacking. Continue to pray for us, we are experiencing a very serious humanitarian crisis in our country. "

The frightened people have begun to arrive in the Salesian mission from every part of the country. "Our Church and the schools are filled to the maximum. Thousands of people are abandoned, and even more are waiting to come," the report says.

"Our main concern now is how to feed the whole multitude of people seeking refuge in our mission. Our food supply is becoming scarce and we have no chance to get food and other essential items for over 3,000 people (the number is increasing by the minute). In addition, roads and airports are closed, the border with Uganda is controlled by the military and there are roadblocks everywhere, so you cannot go anywhere to seek aid."

Even outside Juba, the situation is not peaceful. Indeed, in Wau there have been clashes which have also caused several casualties. These had begun even before the conflict in Juba, and had forced the Salesians to send all volunteers to Juba.

But now the riots have also reached there. "We trust that God will solve all this situation and take control" they say.