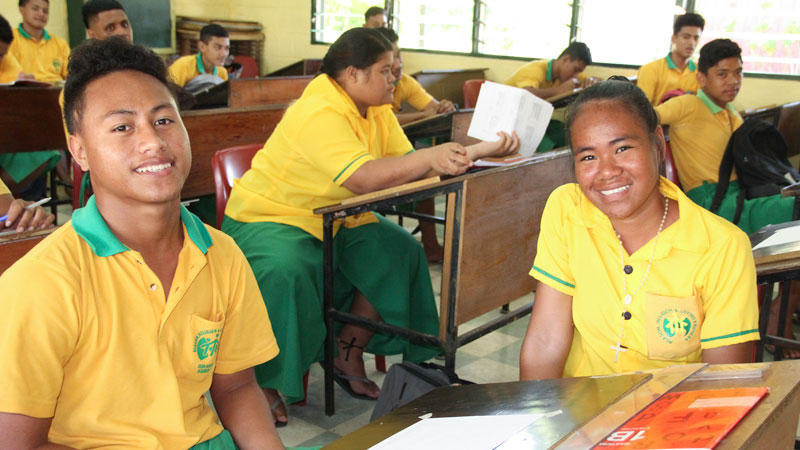 When you imagine what it might be like in the Pacific Island of Samoa, no doubt there are images of a crystal blue ocean and palm trees dotting a pristine beach. In fact, this is true as Samoa is bursting with an abundance of natural beauty. As in most Pacific countries, the people with their welcoming spirit and contagious smiles are even more beautiful than the surrounding landscape. The deeply traditional society prides itself on its hospitality and welcoming nature. The concept of ‘Alofa’, Love, pervades every aspect of their life. 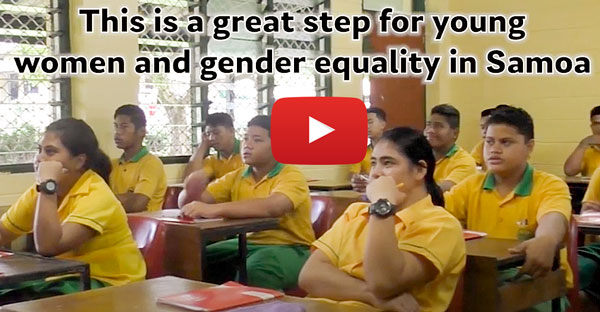 Within this seemingly idyllic reality there are, however, serious struggles in Samoa and this is particularly true for young people. There are very limited employment opportunities and many young people leave their beloved homeland in order to support their families in neighbouring New Zealand and Australia. Over the past forty years, the Salesians of Don Bosco have been working alongside the local community to improve the lives and futures of young people throughout Samoa. The Salesians work on both major islands of Samoa, Upolu and Savai’i, with their work primarily focused on schools and parishes.

Don Bosco Technical Centre (DBTC), the first Salesian school in Samoa, was opened in 1989 on the ‘main’ island of Upolu, located on the outskirts of the capital of Apia. The mission of the school was to offer a ‘second chance’ education to those that have not been successful in mainstream schooling. Today it has a wonderful reputation throughout the country for offering a high-quality technical education that is supported by Samoa Qualifications Authority (SQA) courses.

It has been an important year for DBTC as for the first time in its history welcomed the enrolment of female students. The newly enrolled female students have been excelling in traditional trade classes offered by the school. This year has also seen the introduction of a new hospitality course, offering all students the opportunity to study and learn skills including sewing and cooking which will provide them with job opportunities within the tourism industry. The addition of these courses has ensured that the school provides a well-rounded education to their graduates.

On the remote island of Savai’i, Don Bosco College and Vocational Technical Centre (DBCVTC) was opened in 2011. This school is very important for the future livelihoods of young people, as Savai’i is essentially still comprised of subsistence farmers. There is a growing tourism business on the island however many of the employees are hired from abroad due the lack of qualified personnel in Samoa. DBCVTC is giving young people an opportunity to gain qualifications in Cert.1 Hospitality so they can find employment within the tourism industry and are not forced to leave their families and home.

Don Bosco College is the only Catholic High School on the entire island. Each morning the school bus fires up its noisy engine at 4:00am to circumnavigate the entire island to pick up students. Like DBTC, it has earned an excellent reputation for a sound academic education and students happily, albeit wearily, will travel up to two hours each way to attend. Both schools are run in the style of St. John Bosco, they are known and respected for the holistic education, encompassing – mind, body and soul.

Included in providing a holistic education is honouring, celebrating and cultivating pride in the student’s rich Samoan heritage and culture. One example of this is evidenced in the participation of the DBTC students joining in the ‘Fautasi’ (long boat) race each year. The school is known as the team to beat in this traditional race. Their captain, Ms. Zita Martel, has instilled in students over many years the importance of ‘Fautasi’, to build as one. This meaning reflects the teamwork, hard work and dedication that is required by each and every team member in order to be successful.

Although Samoa has remained free of Coronavirus infections, they have not been left untouched by the devastation it has caused. The pandemic has had a detrimental impact on the already fragile Samoan economy, boarder closures have crippled the tourism industry of which many families rely on for their livelihood. The longer the Covid-19 crisis persists the greater long-lasting effects on the whole community, especially young people which make up a large proportion of the 200,000 population. With many students finding it difficult to pay schools fees, the schools in turn struggle to find the funds to pay teachers etc. We are so thankful to the ongoing benefactors who enable the good work of both the schools to continue.

‘Fautasi’ the sentiment ‘to build as one’ is very much applicable to the entire educative work of the Salesians of Don Bosco throughout Samoa. Over the past forty years of Salesian presence in Samoa, it has been through a unified vision of local and missionary Salesians to work for the empowerment of young people. Through their hard work, persistence and determination they have been able to establish these schools that genuinely offer young people and their families a chance at a better life. 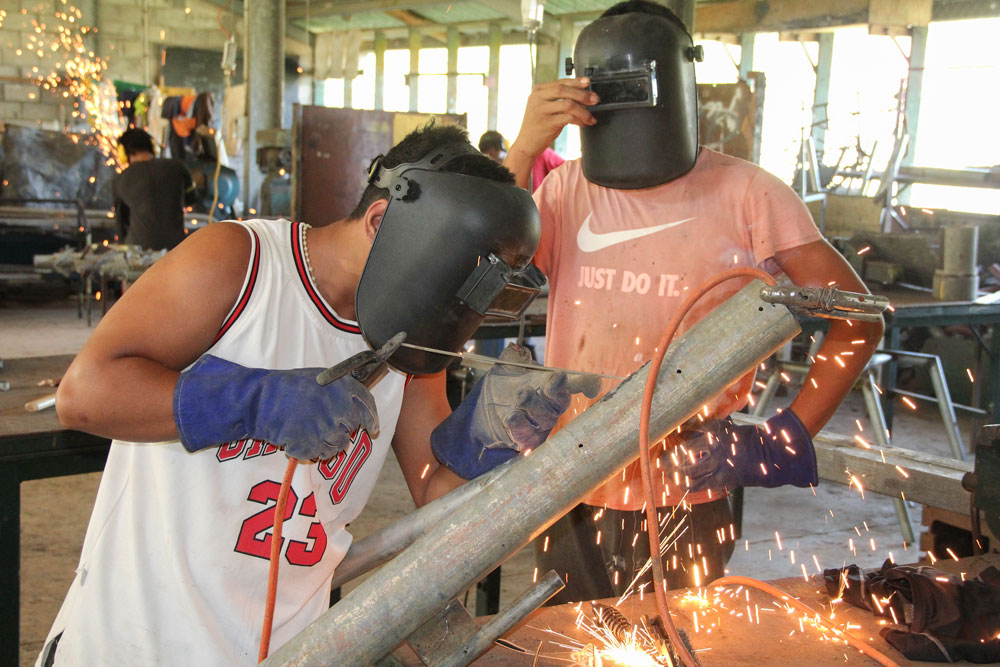 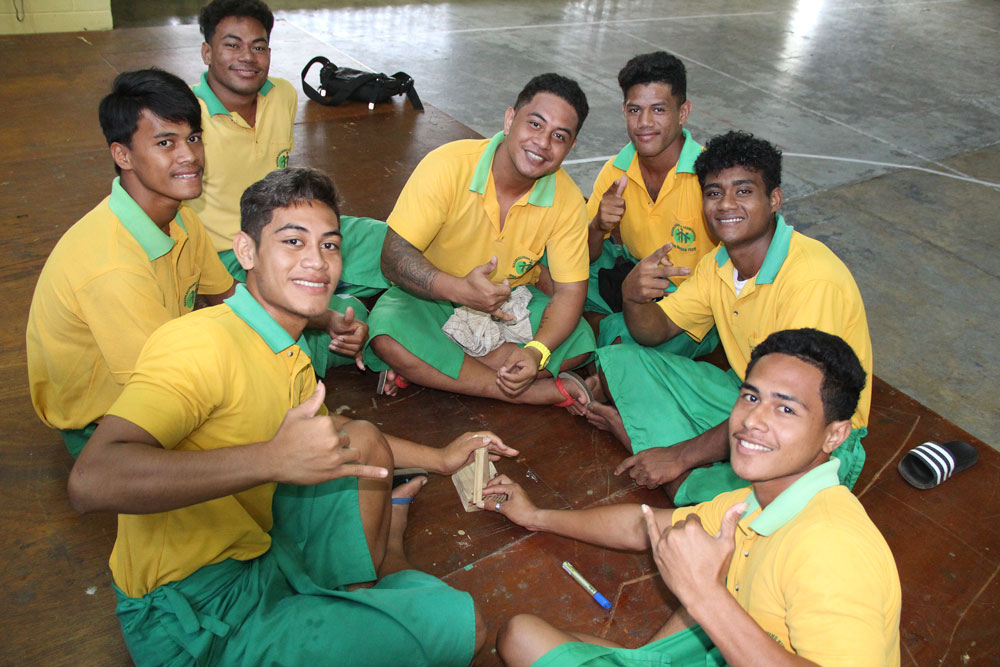 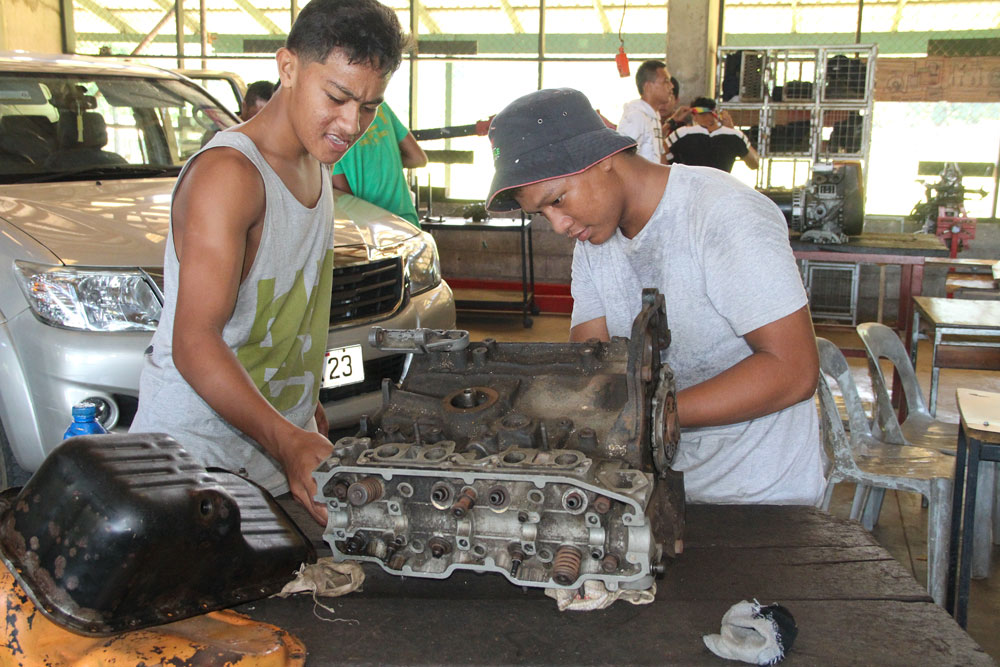 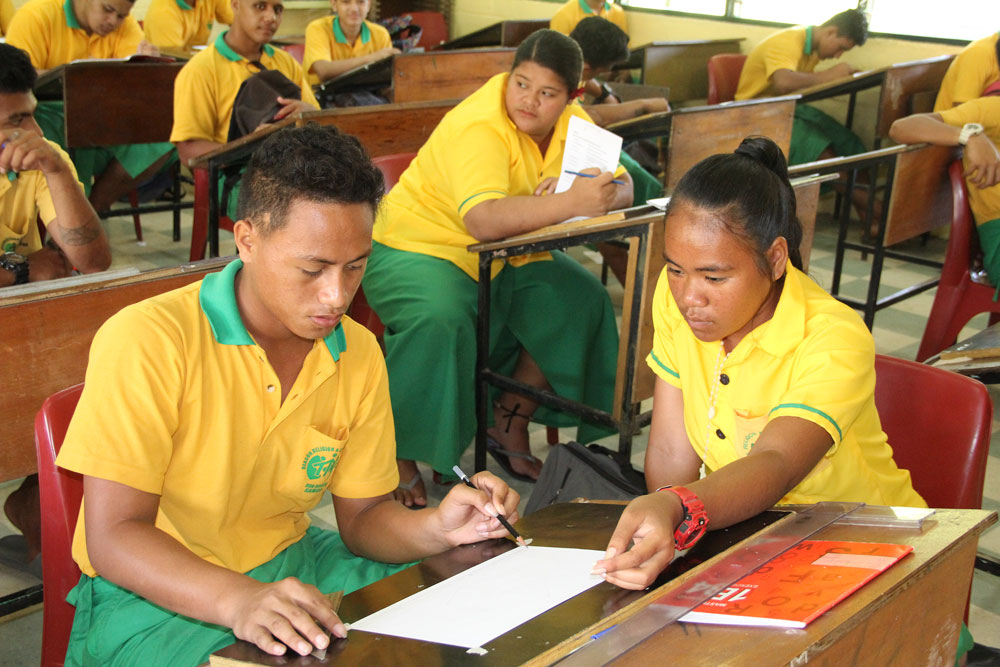 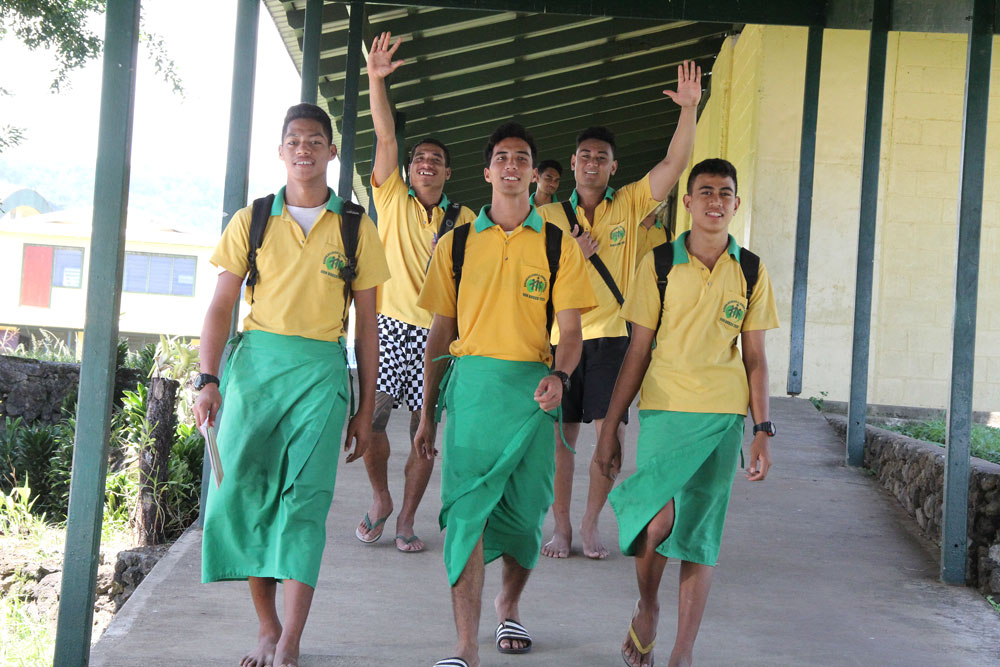 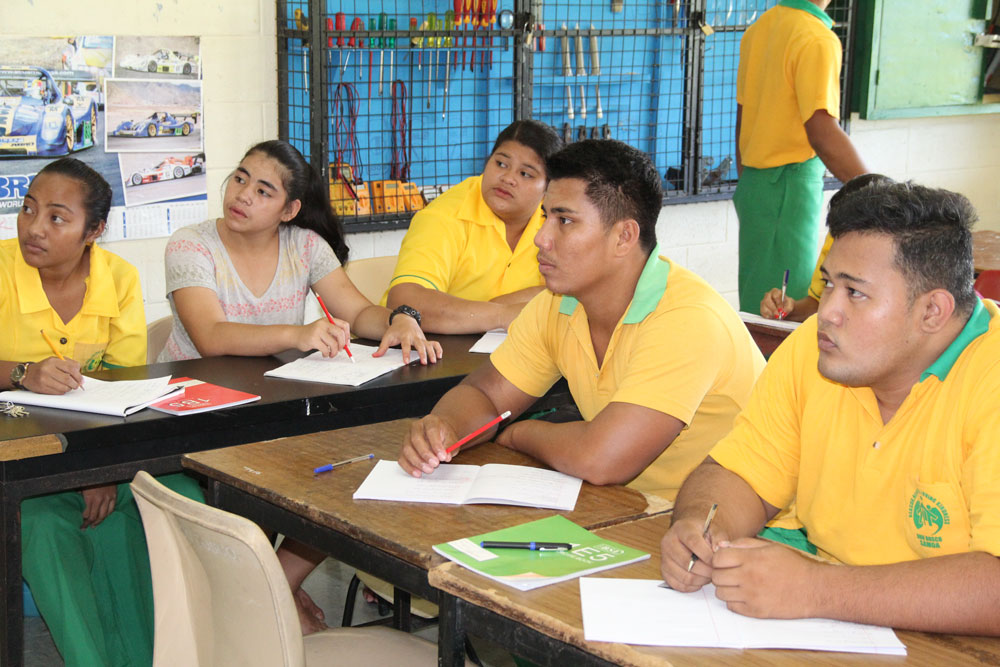 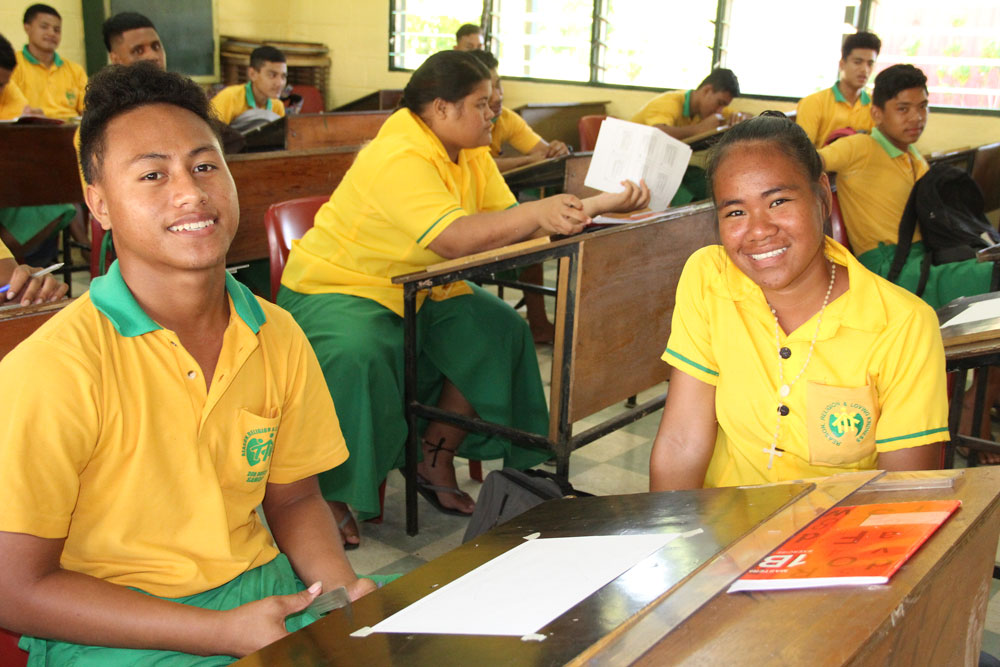 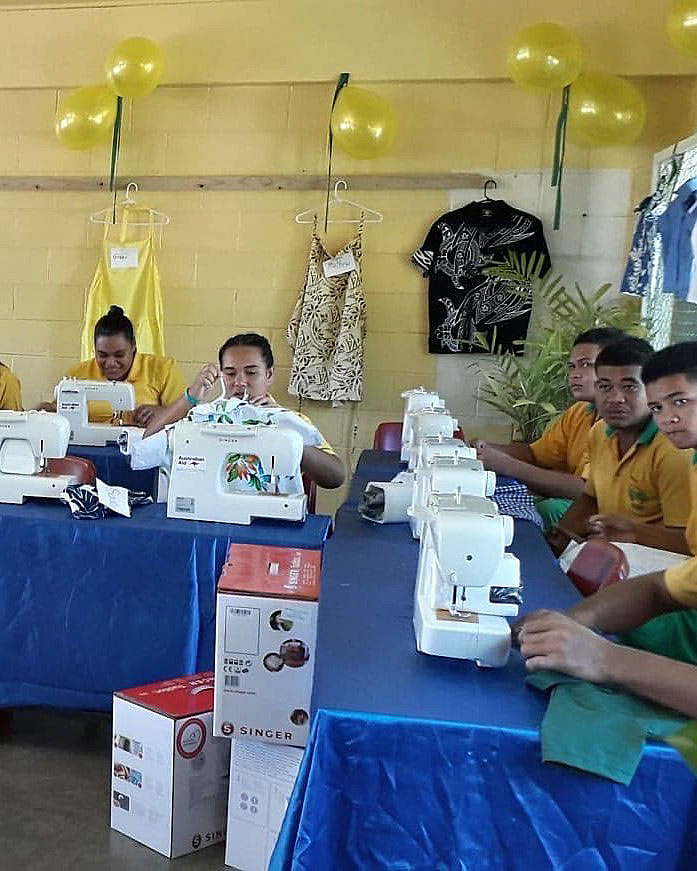 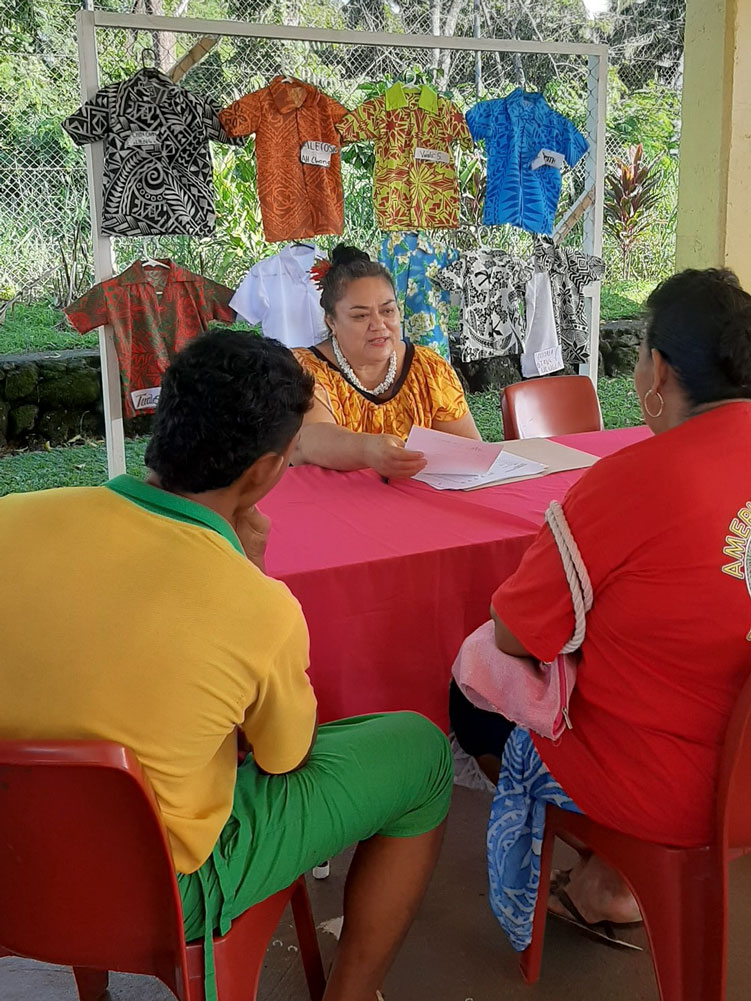 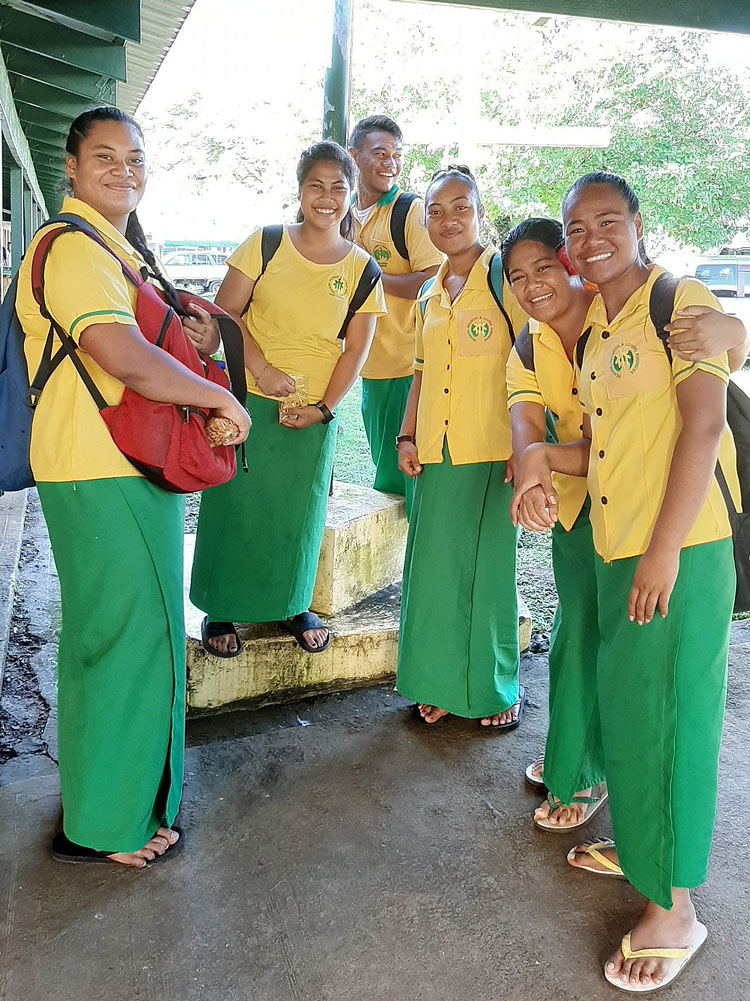 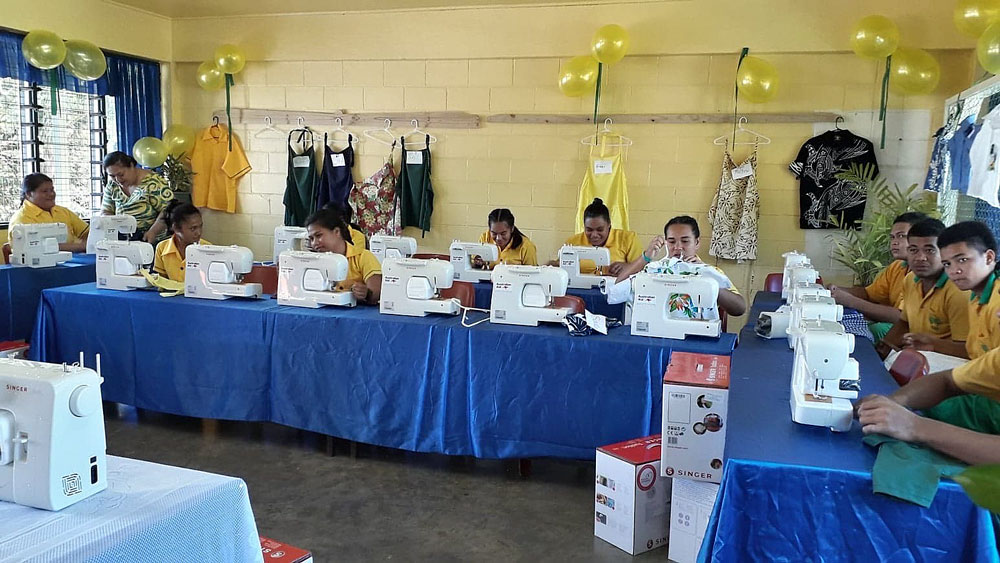 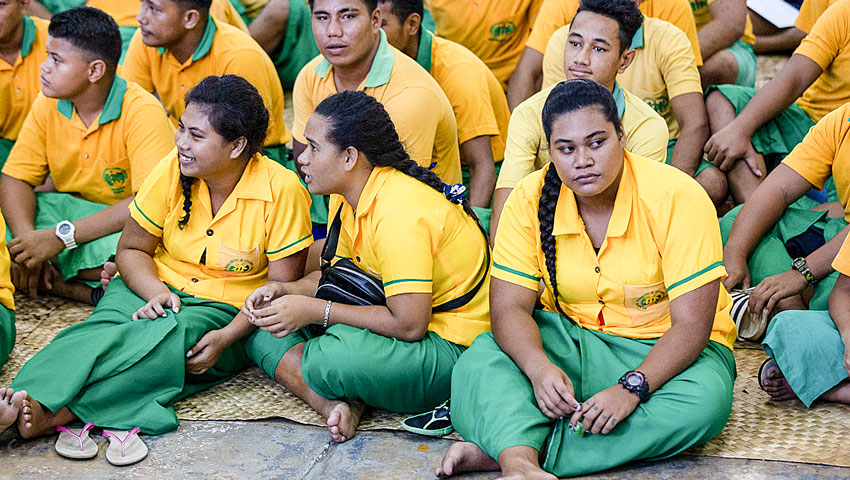 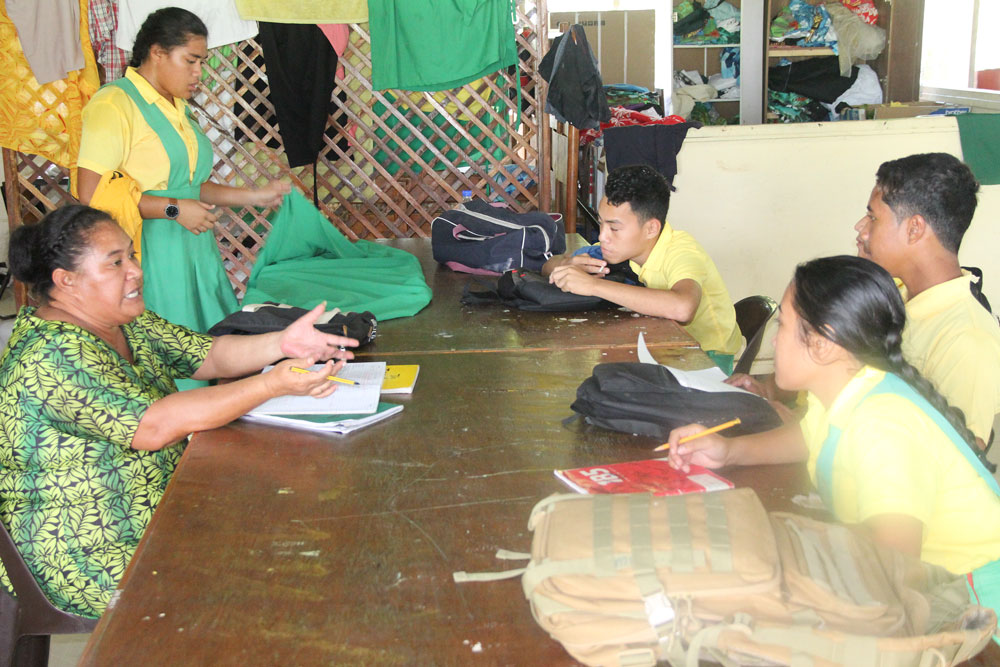 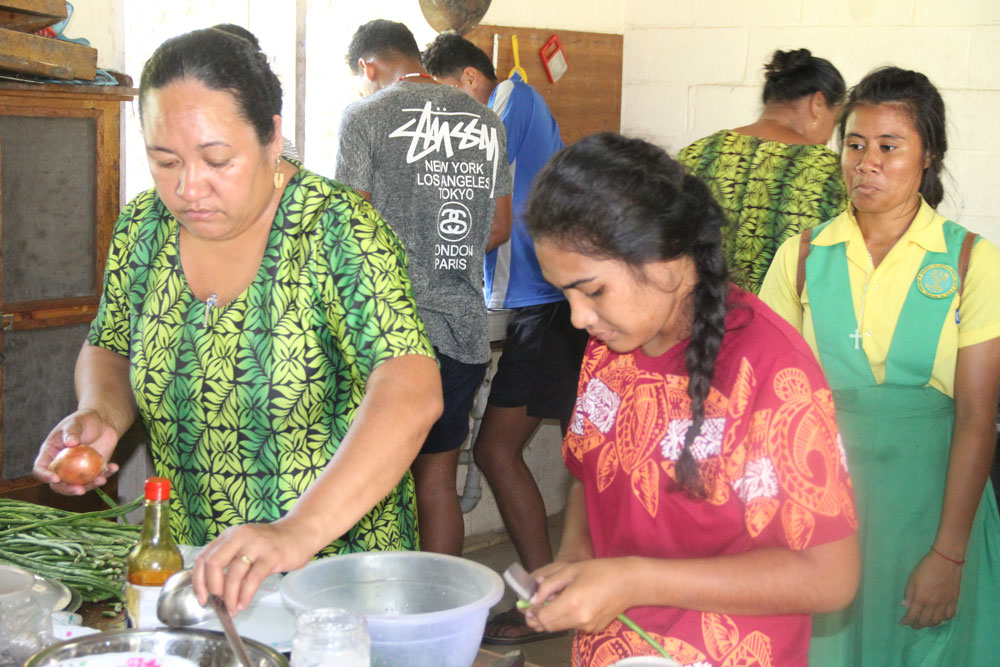 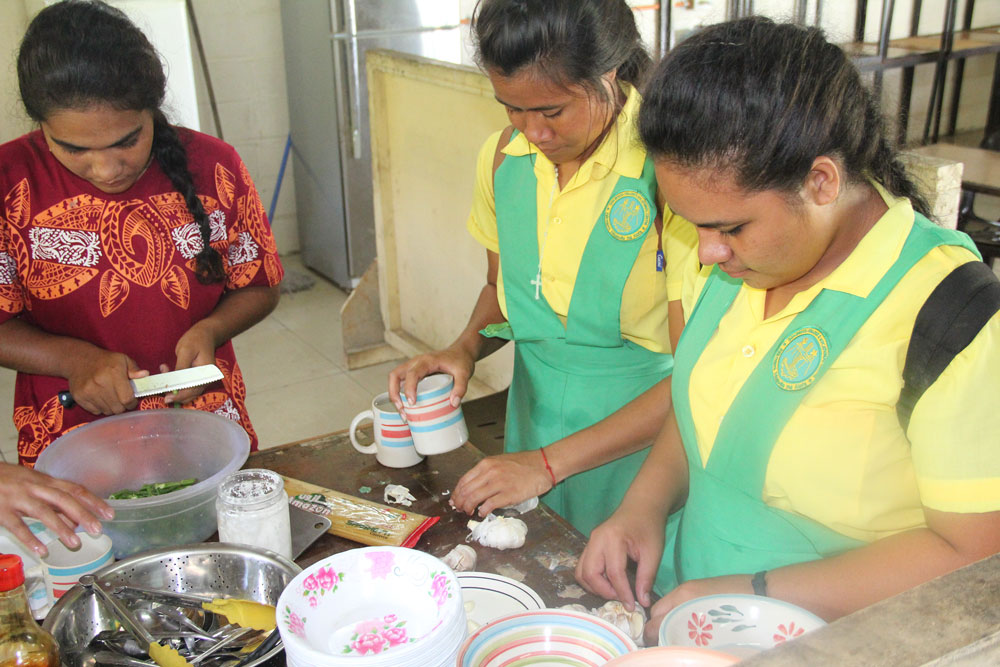 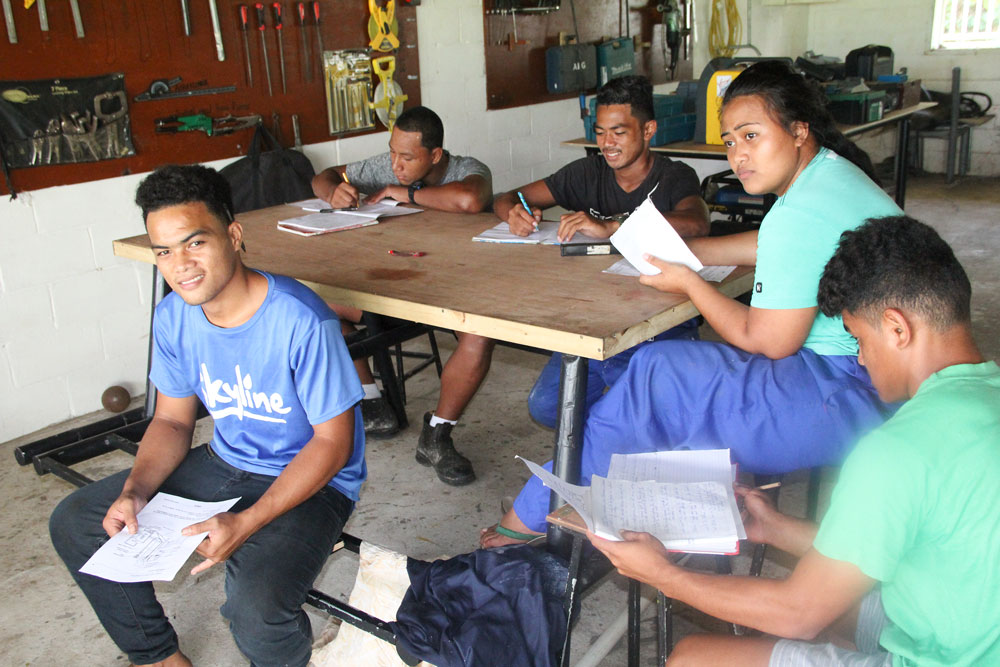 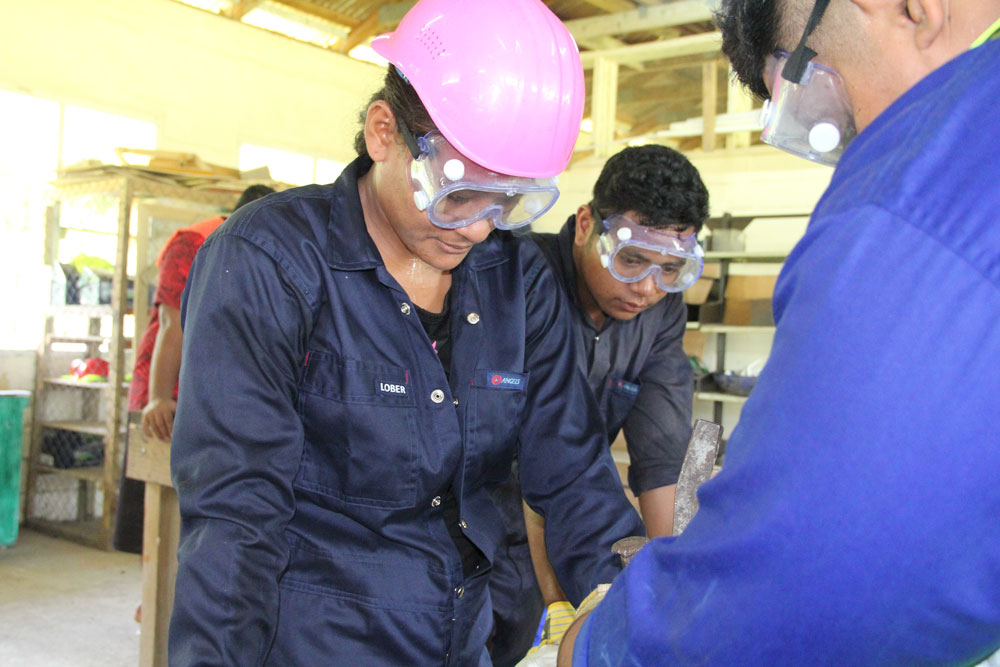 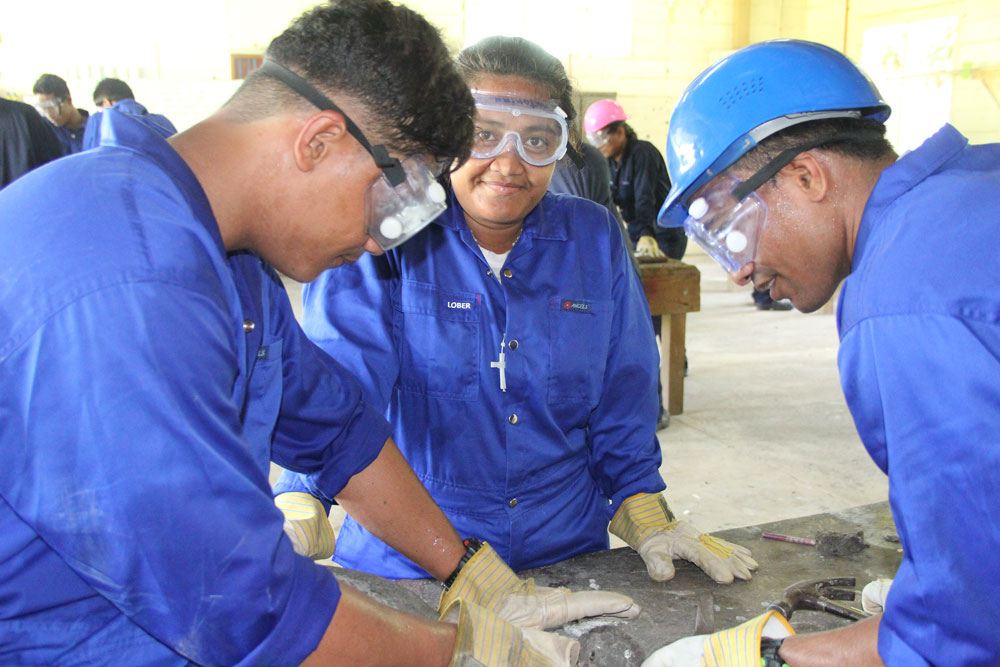 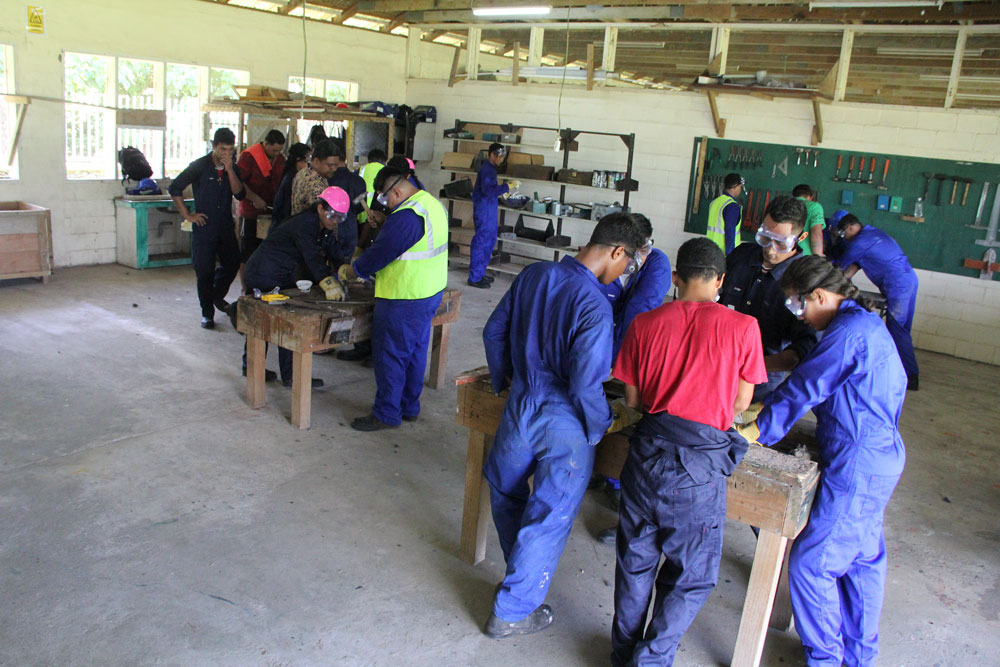 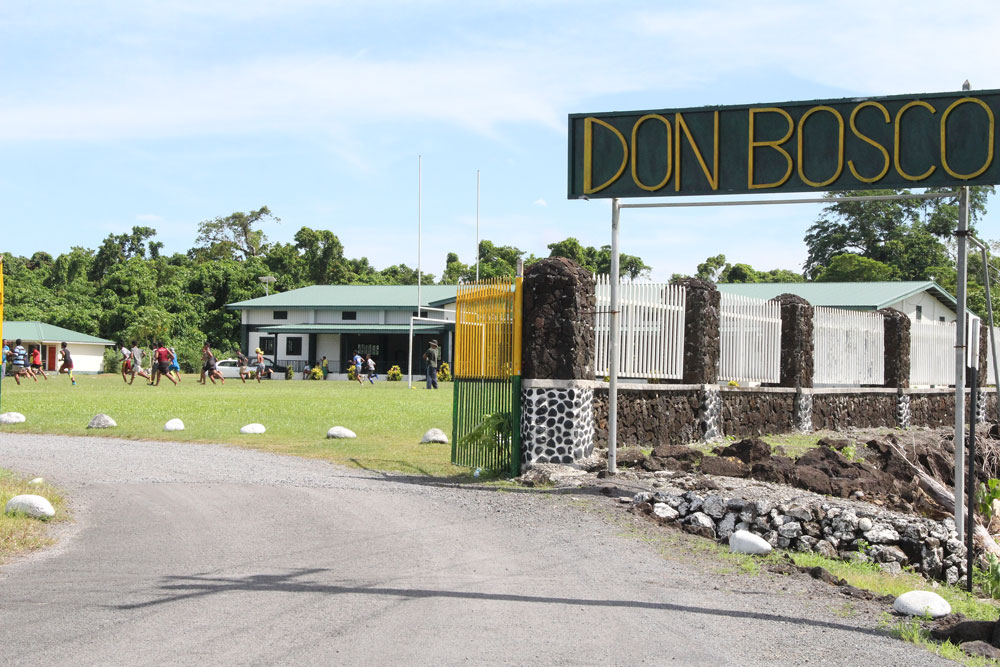 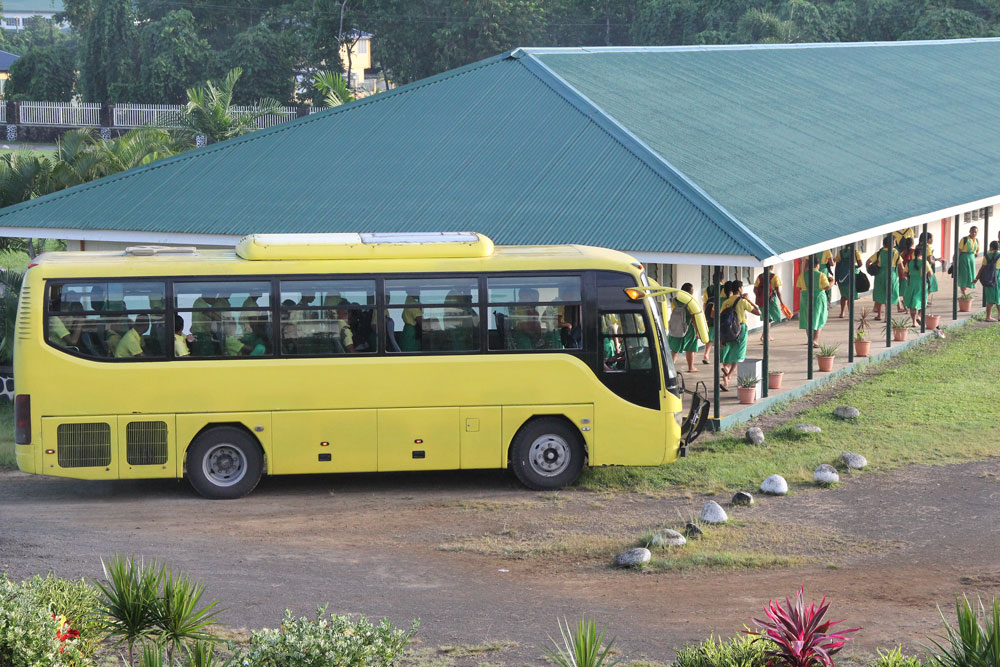 Support is requested for the young people of Samoa, any help you can provide would be much appreciated!

All Donations are tax deductible.
Even the smallest gift makes a significant difference.